Is That Foundation Crack Serious? 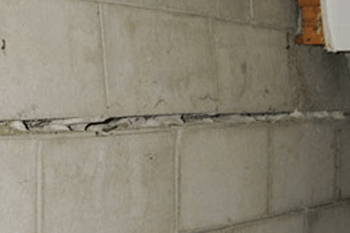 In a recent article by Christopher Solomon, Is that crack serious? Foundation problems 101, the seriousness of foundation cracks was addressed. This article spoke to the severe drought that began in Southwest Texas and slowly expanded to cover, Oklahoma City, Wichita, and Kansas City. In its wake, homes have settled, cracked, and crumbled due to the soil drying out. The article went on to report - "The drought that some are comparing to the Dust Bowl has homes rockin' and rollin' as the parched ground beneath them cracks and settles. Homeowners are watering foundations - to keep their abode in place - and forgetting about their grass."

Being in the industry of foundation repair I have noticed the effects from this most recent drought. As the drought has grown, the demand for foundation repair products has grown with it. Calls from foundation repair contractors have expanded in volume, frequency, and territory. By watching the phone calls you could see how the drought slowly moved from San Antonio, San Angelo, and Lubbock to Dallas, Fort Worth, and Denton then slowly towards Oklahoma City and Muskogee followed by Wichita, Emporia, and Kansas City. More and more homes have been affected by the drought causing them to settle and crack. The soil has been so devoid of moisture that it and anything set upon it has settled downward at an alarming rate. It has affected slab on grade homes, pier and beam homes, and full basement homes with equal abandon.

Soil and How it Affects your Foundation

Solomon goes on to explain "The reason: a black gumbo clay that was brought down during the last Ice Age". It also exists in the Atlanta area and in pockets elsewhere, including St. Louis and Denver. But even bedrock can move. The American Society of Civil Engineers has estimated that one-quarter of the nation's homes have suffered damage caused by expanding soil. With numbers like this, it is easy to see what a serious problem we have throughout the Midwest and beyond. As with any major weather event, homeowners are subjected to unscrupulous contractors and bad advice.

Be very careful of contractors that are very aggressive or new to the industry. They do not care about your home as you do and will be off to swindle the next homeowner after they have collected your money. The best way to protect yourself and your home is to hire a professional foundation engineer to oversee any and all foundation repairs. Often this situation is not only something that gives you peace of mind but also can save you money by preventing bad contractors from doing more damage.

Foundation cracks are not something that goes away or fixes itself. The severity and cause of the cracks need to be addressed by a professional foundation repair contractor or professional engineer. Then the right solution can be applied to your home to stabilize, lift, or straighten your home's foundation. This is a highly specialized field that requires high-quality products, professional training, and a company that will stand behind what they do for years to come.

This does not mean that the best solution is a written warranty that promises the moon in the large print and penalizes you in the fine print, but a written document provided by the foundation contractor that states he will stand behind his work and uphold his reputation. Don't fall prey to "lifetime warranties" that require arbitration and other tactics of poor contractors. If you have a future problem, you need to know that the company will be around and willing to fix any unexpected problems willingly.

What to Look For

Vertical cracks often are indicators of settlement, like what comes during extreme droughts. Is the crack wider at the top than the bottom? If so, this is a classic sign of settlement. As the foundation tries to settle the concrete foundation starts cracking and starts "tearing" the wall from the top down. First and second-floor windows and doors will start sticking. Windows will become harder to open and close. Drywall cracks will start popping up. These classic signs are indicators that you need to find professional help immediately.