The National Weather Service has predicted the two-year long drought will persist from Dallas, TX through Oklahoma City, OK, and Kansas City. That means homeowners in Tulsa, Fort Worth, Wichita, and other communities throughout the Midwest will have to keep an eye on their foundation in the coming months. 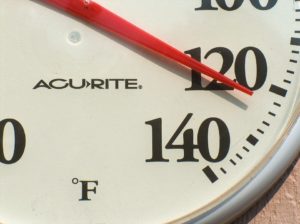 Winter temperatures will be higher than normal, on average, with precipitation and snowfall near normal in the east and below normal in the west. The coldest periods will be in late December, early January, and early and mid-February. The snowiest periods will be in mid- to late November, mid- to late December, early January, and early March.

Summer will be drier and slightly cooler than normal, on average, despite hot spells in late June, mid- and late July, and mid-August. September and October will be slightly drier than normal, with near-normal temperatures.

Homes Impacted by the Drought

But even with sufficient rain, Midwestern area homes are still extremely susceptible to foundation problems. Foundation damage is common in The Plains because of an active zone of clay soil. This zone of clay acts like a sponge—swelling when wet, shrinking when dry. Foundation engineers know that these soil pressures can do major damage to your home's foundation.

The current drought is such a problem in the Midwest area that city and state officials in all areas have approved foundation watering to continue even though there are watering restrictions in place for many residents. Watering the foundation can help keep the moisture levels more consistent, especially on slab foundations. But since a homeowner is not able to measure soil contact under the slab, it’s still somewhat of a guessing game. 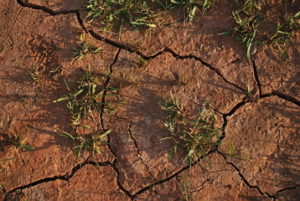 Frankly, it looks like the drought conditions will persist. Your home will be stressed at its very base. You will notice the foundation settling and cracking while on the inside, drywall cracks and sticking windows will provide clues to foundation problems.