Are You Having Foundation Problems? 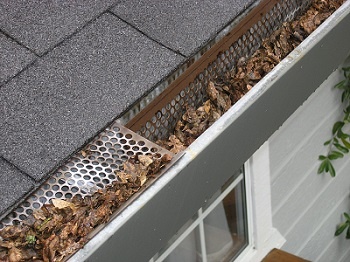 Foundation settling or shifting can be caused by many variables. Before any repairs can be made, these variables need to be identified and understood. In medical communities, the saying is “cure the disease, and then treat the symptoms”. This applies to foundation repair also, we need to find out what is causing the problem, why is it causing a problem and then finding a solution to the problem.

The most common cause of foundation problems is moisture

Sometimes it is a lack of moisture and sometimes it is too much moisture. Problems with gutters, downspouts, or drain tile are very common. Clogging is usually caused by leaves, debris, or collapsing. In some cases the clog causes the sump pump to recycle water that erodes and saturates soils along the foundation. Rainwater needs to be diverted away from the foundation to prevent hydrostatic pressure on the foundation and floors. In times of drought, water may need to be applied near the foundation to maintain more consistent soil moisture content.

Many times foundation problems manifest themselves in the form of severe cracking of slabs or basement floors. Basement floor slab cracking can occur for several reasons. They can be significantly thinner than the blueprint called for or the sub-base of stone may be significantly thinner than originally called for. Heaving often results in cracking as well.

Most drywall cracks appear in the corner of doorframes or windows and result from differential movement between framing and the drywall. Some wood frame movement can be caused by normal processes such as shrinkage or temperature expansion.

Houses with crawl spaces generally show recurring damage patterns. Often a few vertical cracks in the crawl space open and close seasonally. Due to their shallow foundation nature, these cracks grow significantly during extreme periods of drought or rain. Among several potential factors, these shallow footings may rest on expansive soil that experiences more acute cycles of shrink and swell, which is often aggravated by landscaping.

Damage to exterior flatwork is also a common sign of foundation problems. Cracking of concrete can have a variety of causes including swelling soils, grade, concrete shrinkage, settling, frost heave, tree roots, and poor quality of concrete or installation. Concrete with cracks or that slope toward the home channel water against foundation walls and footings causing cracks.

How To Cure Foundation Problems

Foundation repair begins with a complete foundation investigation by a competent foundation engineer. This engineer will inspect the symptoms and measure the settlement of the structure while reading the signs of damaged foundations. Upon completing his investigation he will then give a written description of the issues along with recommendations for a cure.

Potential cures can be steel resistance piers, helical anchors, tie-backs, plate anchors or waterproofing. Along with proper drainage, when these underpinning products are installed, per the manufacturer’s specifications and under the guidance of the foundation engineer, you can be assured that your problem will be solved.

Why is Fixing My Crawl Space Important?

Homeowners may think the crawl space is just a place under a home, but it actually has a very specific purpose. Crawl spaces help circulate air throughout your home, keeping the air inside your home fresh and homey, preventing any unwanted odor from permeating into your everyday lives. That’s why a dirty or damp crawl […]