Crumbling foundations have become an expensive reality for hundreds of Massachusetts and Connecticut homeowners. Their foundations were made with pyrrhotite, a mineral that can react with water.

How does pyrrhotite affect foundations?

Pyrrhotite is an iron sulfide mineral. According to the American Geosciences Institute, “When iron sulfides are exposed to water and oxygen, a series of chemical reactions breaks down the iron sulfides and forms new minerals called sulfates. These sulfates take up more space than the original iron sulfides. As they grow, the new sulfate minerals push against the surrounding rock, causing it to swell and crack.” 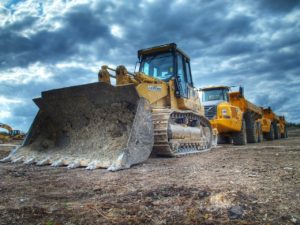 Foundations are naturally exposed to oxygen and water (including from groundwater and precipitation). When pyrrhotite is used to make concrete, the mineral reacts adversely to the water and oxygen.

The slow deterioration can take 10 to 30 years to appear. As water and air enter small holes and cracks in the foundation, it reacts with the pyrrhotite creating spider-web-like cracks.

A white powder or rust-colored residue can appear. Some New England homeowners have noticed their foundation walls flaking.

Towns in Connecticut and Massachusetts are affected

Massachusetts officials say the concrete was used in commercial and residential foundations in an area as far as 44 miles from the quarry.

The best way to fix foundations made with pyrrhotite is to lift the home, remove the affected concrete and replace it with a new foundation.

In 2018, the State of Massachusetts created a Special Commission to Study the Financial and Economic Impacts of Crumbling Concrete Foundations Due to the Presence of Pyrrhotite. The state also created a reimbursement program for up to $400 for an engineering report and 75% of core testing, up to $5,000.

My Foundation Repairs is a network of highly trained contractors who are experts at foundation repair. They have the know-how to tackle common foundation problems and offer foundation repair solutions. For more information, or to find a contractor in your area, contact us today.